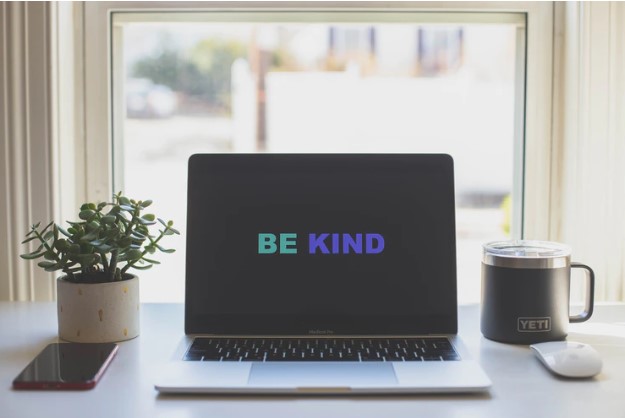 It sounds easy enough, doesn’t it?  Be kind to yourself and those around you.   But in reality, at times it can be one of the hardest things to do.    But, also one of the most rewarding things to do.

Be Kind to Yourself

Often we are our own worst critic.  We know and cite our faults during rough patches, we discard compliments quickly, and dwell on criticism.   It seems like it’s human nature to do these things, but I reject that though.  I think it’s a learned habit and one that we should break.

So, next time we are going through a tough time, let’s focus on what’s going right.  What we did right to get to that point rather than focusing on everything that went wrong.   The more “rights” running through our mind will carry us further, boost our confidence, and motivate us to proceed.  In contrast, focusing on the wrongs can sometimes have a halting effect on our behavior.

In short, be kind within and you will find your bucket will run over in your ability to be kind to others as well.

Be Kind to Others

Being kind to others comes naturally for some of us and takes a bit more focused effort for others.  Regardless how we come to it, it’s one of the most rewarding acts that we can participate in.

It’s easy to reciprocate kindness.  It’s harder to initiate kindness, especially with a stranger.  But often these are the acts that are the most meaningful.  Holding the door open for a stranger, leaving extra money with the cashier for the person behind you in line, and smiling at someone that looks a bit lonely.  While relatively small, all are great acts of kindness that can have a truly meaningful impact on someone’s day.  In fact, it’s usually not the grandiose acts that have the biggest effect on someone, but the little random acts of kindness that do.

Most rewarding of all, and kindest, are the acts that go to those that are a bit harder to give them to.  Perhaps a friend you just had a fight with, a fellow student that criticized your work, or a colleague that took credit for your project.  It’s these moments that we have the opportunity to really show our character, a character of forgiveness and kindness.   It’s these moments that often mean the very most.  While they perhaps don’t come along as often, these are the moments that can impact not only perception of people but of life for some.  And be ever so rewarding to us.

Let’s be that person!

I’d Love to Hear About Your Random Acts of Kindness

What acts of kindness have you recently partaken in?   Did they come easy or did you have to push yourself given the circumstances?  How did you feel afterward?

20 thoughts on “Simply Be Kind”