Self Care TV: 5 Shows to Watch When You’re Feeling Like Crap 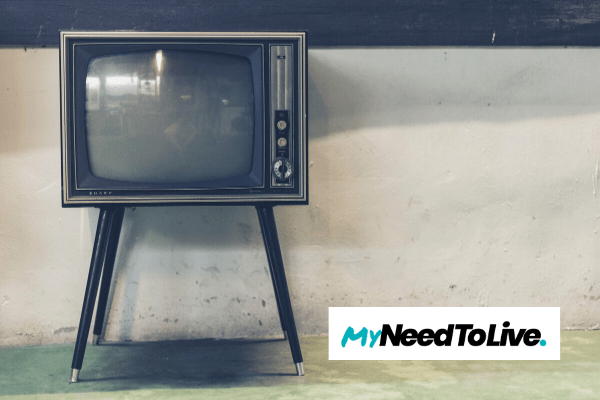 I struggle with self care. There’s a number of reasons why that is – finding the time is definitely the main one. I often feel guilty when it comes to taking some time out for myself. Mainly because I know there’s so many other things that I ought to be doing. One half of my brain tells me that it would do me good to take a couple of hours out, but the other half will be telling me to get my act together and actually get on with stuff, and then I can do something for me when I’m finished. Of course, that’s a false promise. By the time I’ve completed my often massive to do list, the day is pretty much over with. The end result is I get more stressed and upset because I didn’t get to take any time out. It’s a vicious cycle, and it ultimately ends with me forced to stop because I’ve worked myself up too much. Again, it’s something I’m working on.

On the rare occasions when I do stop, or when I’m on a downer, my number one self care move is to crack out a boxset. I don’t have many hobbies, so my go to thing is a good telly show. One thing that my husband and I can’t agree on is what to watch. He likes to start something new, while I’m quite happy with something I’ve seen before. If I’m in the right mood I’ll happily go ahead with a newbie. Often, especially when I’m down, the only thing I’ll want to watch is one of my failsafe self care TV shows. I don’t know about you, but I find familiarity extremely comforting. You have to be choosy when it comes to picking TV shows to calm anxiety, because even if there’s a certain show you love, if it has any heavy subject matter or there’s often a few tear-inducing bits, it can make things worse.

For example, I LOVE Grey’s Anatomy. Given enough time I would sit and binge watch all 15 seasons. However, it gets intense AF sometimes and even though you know what’s going to happen, when Shonda kills off your favourite character, it can still break you. So, over the years I’ve perfected my ultimate menu of TV shows to watch when anxious, ill or generally feeling down. These are all comedy shows, because even though it’s a cliche, laughter really is the best medicine in my opinion. So, enjoy my ultimate guide of the best TV shows to cheer you up and calm you down.

A classic for every British young adult. I’ve seen these more times than I can count and I still laugh my ass off every time. If you’ve ever been to a British secondary school, you’ll relate.  There’s only 3 series, with 6 episodes each, so they’re nice and easy to smash through over a few nights, and generally you don’t need to have seen any previous episodes before watching an odd one. If you’re feeling extra, you can also watch the two movies, set after the series ends. Don’t fear the typical flop of a movie based on a TV show, they’re just as funny.

13 year old me was OBSESSED with Frasier. I got into it after watching an odd episode when there was nothing else on, and thus a lifelong fandom began. It’s part of the reason I got into psychology (I did want to be a psychiatrist, until I realised you had to go to medical school – I was not clever enough). There’s nothing better than watching them through as an adult, now with a psychology degree, and actually getting the psychology themed jokes. Frasier was for a while the only show I’d watch to calm my anxiety. Namely, because it was witty, smart, and easy to get into. I remember I’d always have a disc of the boxset in my DVD player in case I woke up during the night with a panic attack. At 20 minutes an episode, it wasn’t a huge commitment. You could watch one and feel better, or if you felt you needed another, it wouldn’t take a way a huge chunk of your sleep. There’s 11 seasons, so it’ll take you a while to watch through them all, but trust me, it’s worth it.

Obviously this was going to be on my list. It has to be on everyone’s list surely? I got into Friends very late in the game. I’m talking around 2009 or so. Since then I’ve lost count of the amount of times I’ve watched the boxsets through! I still laugh every time though. I’m sure most Friends fans will agree that there’s something incredibly comforting about it, and I think there always will be.

I LOVE Scrubs. I do quite enjoy a medical show, so a medical comedy definitely ticks all the boxes for me. While there’s several episodes that are incredibly sad, every single one will still make you laugh at some point or another. The surreal fantasies and witty gags combined with characters that again, are highly relatable (I’m a combination of Elliott and Dr Cox), and some surprising guest stars makes it one of my absolute favourite shows.

This is the most recent addition to my collection of self care TV. My husband started watching this when we were at uni and I didn’t particularly have an interest in it. However, I caught a whole episode one afternoon and enjoyed it so much we ended up binge watching it for the next couple of days. Since then it’s one of those shows we always watch together. Whenever we go away for the night, my husband always keeps a couple of episodes on his laptop in case I have a panic attack.

So that’s it – my selection of the best TV shows to calm anxiety and cheer you up. What shows do you like to watch when you’re feeling crappy? Let me know! If you’ve also got any tips on how I can make more time for a little self care, do feel free to throw those my way too!

One thought on “Self Care TV: 5 Shows to Watch When You’re Feeling Like Crap”