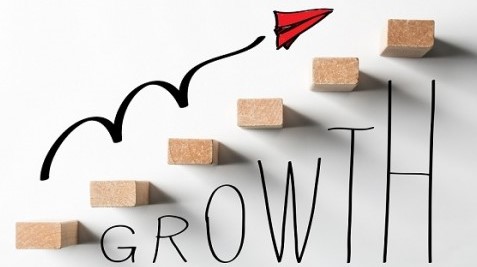 and based on observations.

Feedback comes in all shapes and forms and can be requested or just randomly given to us.  The idea of it is to help us grow and become better at whatever it is the feedback is about.  Given that, why is it so hard to accept it at times?

Praise is absolutely wonderful to receive.   It’s recognition for our hard work and success.   Whether it comes from a peer, colleague, professor or friend, it’s welcomed with open arms.

There’s often more to positive feedback than just the recognition of success though.  It can be an indication that you are on the right track and encouragement that things are falling into place and that you should keep going with what you started.  In other words, positive feedback isn’t an ending, but often a beginning, an impetus for growth.

Negative feedback can be hard to receive at times but also can be where our greatest growth moments are derived from.  It’s genuine, specific, focused feedback that is meant to get us back on the right track, take our performance to the next level, and help us succeed.  The key is to be open to receiving it and then also acting on it.

Negative feedback can be very hard to receive though when you don’t feel that it’s genuine but rather shared out of jealousy, to reduce our confidence, or simply to flatten our enthusiasm.  In such cases, while there still may be something to be gained from the feedback, it’s often harder to see and even harder to act on.  It often takes some analysis to see if the feedback, despite its intent, is valid or not.  But it’s usually well worth the evaluation time just in case a great nugget of feedback lies within the comment.

Definitions may differ with me on this but to me criticism is the next level of negative feedback. It’s comments that are not derived from a good place and is not meant to help you progress, but rather has the goal to deflate your motivation. This type of feedback can be hard to shake off and move on, but move on we must.  We must not let it knock us down, but rather motivate us to push forward with even greater energy.

The best you can often take away from criticism is that it’s often mostly about the person giving it. It’s often a sign that that person is hurting in some way and needs to find a way to boost themselves up by knocking someone else down.  In these cases, it’s helpful to remember this and rather than go on the defensive, show compassion.  While you may not know the source of their motives, showing them compassion and perhaps even asking them where the comments are coming from may go a long way to turning a hurtful situation into a positive situation.  Perhaps allowing the giving of feedback to go the other way and wind up with you helping that person.

How do you accept feedback?

Is it easy for you? How has it helped you?  Have you been in the position of receiving criticism?  If so, how did it go?