The Anxious Person’s Guide to Starting a New Job 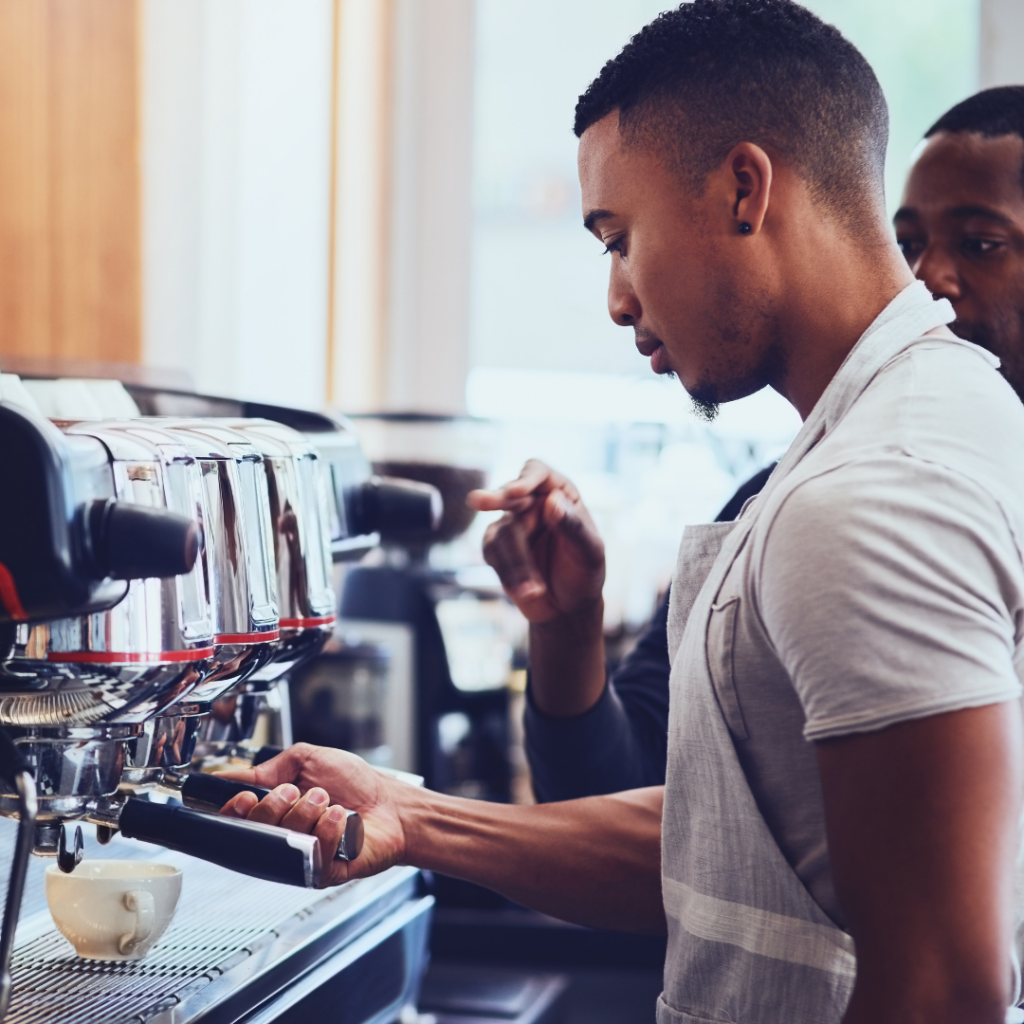 October marked a whole year since I started my current job. That’s genuinely insane. Who knew a job that started as an admin role would make me realise I want to write for a living? Of course, I’d still pick something that’s basically unattainable! Typical me. However, this time I genuinely want it enough though. So, I will keep at it until I see some progress.

In the spirit of my job-iversary, I thought it would be a great excuse to put together a guide with a few tips for starting a new job. We all know it’s natural to be nervous about starting a new job, but it can be especially scary when you suffer from anxiety. So, what can you do to make the whole process a little easier? Here are a few things I’ve picked up, not just from starting my current job, but over the years as well.

The night before my first day, I meticulously planned the small details. I organised my outfit, I got my documents (P45 and such) ready, and I worked out the time I had to leave my house in the morning. You can even go further with this if you want. For example, look at where to park, the route you’re going to take to get there and so forth. Sometimes having control over the smaller stuff really helps to make you feel that little bit calmer.

It’s a cliché, but if you’re nervous – tell someone. You don’t have to go into detail about any mental health issues* but if you’re feeling particularly anxious, there’s no harm mentioning it. Contrary to what you might think, it doesn’t make you look weak, it makes you human. The person who greets you on your first day will more than likely ask how you are anyway! Just be honest with them and tell them if you’re nervous. It’s common to be anxious about starting a new job, so chances are they’ll understand and try to put you at ease.

*Remember, when it comes to mental health issues, whether or not you disclose them to your employer at any point is completely up to you and whether you feel comfortable to do so.

3: Join in the Conversation

I’ll be honest, this is the thing I struggled with the most. For someone as socially awkward as myself, joining in the conversation can be scary AF. Yes, there will be some office banter you can’t really join in with just yet, or you might simply just be too scared to get a word in. While it’s easier said than done, the best thing you can do is take the leap and join in. If the conversation steers to a topic you can get involved with, do it! If it’s something you’re clued up on and you’ve only just met these people, it’s the perfect chance for a fresh start. Whether it’s a discussion about who’s your favourite on Strictly or what your plans for the weekend are, chip in and you’ll notice that each time gets a little less scary.

4: Offer to Make the Tea Round

We’re British. Let’s be honest, we all like someone that little bit more if they offer to make us a brew, right? Offering to make a cuppa early on will instantly score you some points – provided that you get it right of course! Try and find out what the tea etiquette is first though. You don’t want to offer to make a round if the general rule is that everyone makes their own, otherwise you might end up shooting yourself in the foot!

I’ve been very guilty of this one. While you might be relieved that you’ve left a shitty job, it doesn’t look great if you go around ripping apart every aspect of it on your first day at the new one. Bear in mind you still want to make a good impression! Slagging off your old boss or your old colleagues in front of your new ones will make you seem bitchy. Yes, I know I said be yourself, but there’s a line.

6: Ask for Help if You Need It

When it comes to starting a new job, I’m sure we’ve all done that thing where we tell the boss how well we’re getting on, while actually, we’re screaming internally. Hell, that’s a normal day at the office for me. However, on your first day, chances are they’ll be prepared for you to ask questions. So, take advantage of that and ask if you’re not sure on something. Yes, many of us have probably been on the receiving end of the newbie asking endless questions and yes, it’s annoying. However, we all have to start somewhere. Not only that, surely it’s better to ask a few more questions than to majorly bugger something up on your first day?

7: Remember to Say Thank You

So basic manners are a given in life generally, but it’s important when starting a new job to show your appreciation if someone helps you out. People will be more likely to help you in the future and more likely to warm to you as a person if you show that you’re grateful for their help! If you work in a busy environment, this can be tricky. It was especially the case in my last retail job. Even so, if one of us was called away before I had a chance to thank them for their help, I’d make sure I’d find them later on and just say a quick thank you. It’s a small thing, but as someone who’s also been on the receiving end of it too, it really makes a difference.

8: Don’t Isolate Yourself During Breaks

Lunchtimes and break times are a great way to get to know your colleagues, so within those first couple of days it’s a good idea to make the most of them. By that I mean, don’t go out and eat your lunch somewhere else just because you don’t know anyone. Bring some food with you and sit with your new colleagues. You’ll find it easier to get to know people here than you would in work time, especially if you work in a busy retail environment, so it’s a good chance to have a proper chat. A side note though, don’t force it. If you can see someone wants to keep to themselves or they just want a few minutes’ peace, maybe leave the questions about how long they’ve worked here and what they’re doing at the weekend for another time.

Again, it doesn’t look good when on your first day you ask “so, what’s the discount here?” or “who do I speak to about booking time off?” Yes, it’s stuff you need to know about, but there are a time and a place. Doing it on your first day will just imply you’re only in it for the perks. If you’re anything like me, booking holiday is firmly etched in my brain for the whole of the first day. I’ll genuinely be counting down the days until it’s appropriate to ask. As a rule of thumb, get your first week done and dusted first, and then casually bring it up. I find a casual “ooh, while I remember, how do I go about requesting holiday?” usually does the trick.

What advice did you find helpful when it came to starting a new job? Let me know in the comments!