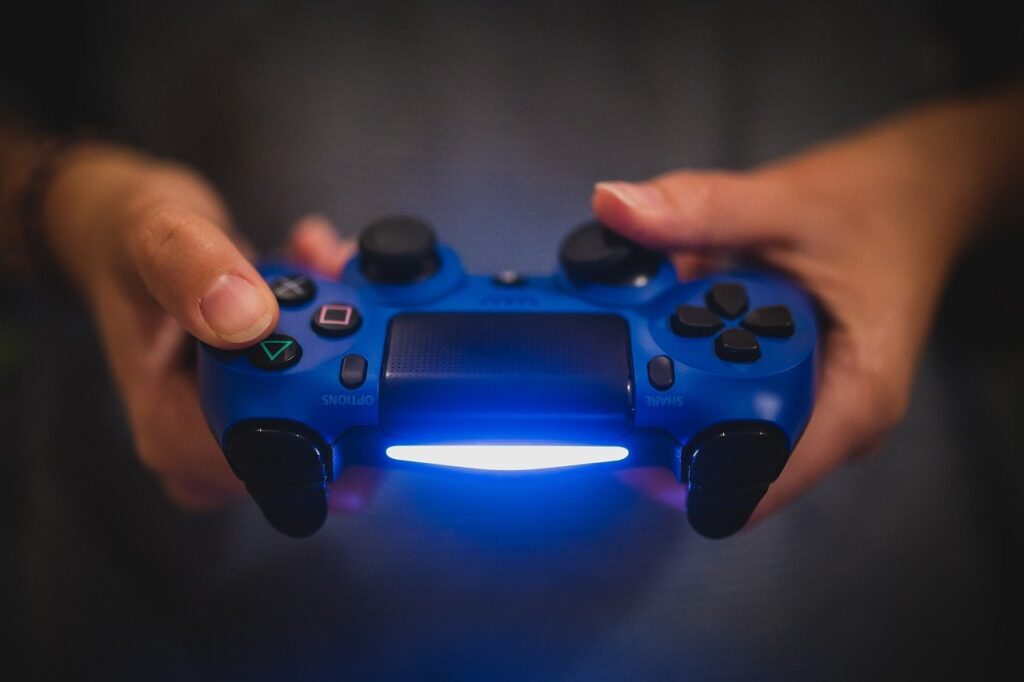 Winter can be tough. Limited daylight, freezing temperatures and of course this year, the ongoing threat of Coronavirus. As important as it is to keep up to date with current events, sometimes it’s nice to grab a controller, fire up your console and escape into another world.

Here then are my top five gaming recommendations to see you through the next few months.

A side-scrolling space shooter in a similar vein to the classic arcade smash R-Type. Choose from three different crafts and battle your way through ten stages of blistering bullet-hell action. There are plenty of power-ups to collect along the way that improve your craft’s abilities and each stage has it’s own boss that must be defeated in order to progress.

Visually Söldner-X 2: Final Prototype is gorgeous and runs at a buttery smooth frame-rate. It also has a fantastic soundtrack that will stay in your head even after you’ve put your controller down.

A real-time strategy/puzzle game from Nintendo. You take control of three different space explorers, each of which have crash landed in different areas of the planet PNF-404. The planet is home to a bizarre army of creatures known as Pikmin and, having developed a friendly connection with them, you must harness their abilities in order to gather food, solve puzzles, defeat enemies and eventually reunite with your crew mates.

Often overlooked and underappreciated, the beautiful world of Pikmin 3 is a wonderful place to escape to during these uncertain times. Highly recommended.

Probably my favourite game of all time and one that I have sunk almost 1000 hours into. Overwatch is an online, team-based, first-person shooter where you must work together in order to complete your objective. This can be to move a ‘payload’ from one point to another for example or capturing a control point and retaining it for the duration of the match.

You have a choice of over 30 different characters or heroes to choose from, each with their own unique skillset, and each map that you play on is themed around a different locale.

Overwatch is highly addictive and simple to grasp, but tough to master. Give it a try!

If Overwatch is my favourite game of all time then Persona 5 Royal comes a close second.

A sprawling Japanese RPG that simply oozes character from every pore, P5R sees you taking on the role of a teenager who, having been wrongly accused of assault, is sent to spend a year on probation at a new school in Tokyo. During this time, he awakens to a mysterious power that enables him to enter another world known as the Metaverse. A place where the corrupt desires of toxic adults manifest in the form of creatures known as Shadows. Our hero and his new group of friends must steal the hearts of these creatures in order to alter the behaviour of their human counterparts and save the world.

Part dungeon crawler, part life simulator, Persona 5 has a unique visual style and a story that will keep you guessing right up until the end.

A bright. colourful, 3D platform game that bears more than a passing nod to the likes of Super Mario and Spyro the dragon.  You take on the role of Lucky, a young fox who must make his way through five different themed worlds in order to find the missing pages of the mysterious Book of Ages. Each world is jam-packed full of objectives to complete, coins to collect, letters to find and enemies to defeat. If you enjoyed playing 3D platformers back in the 90s/00s this will be right up your street.

What are you favourite games? Is there a game that you love that you think others might enjoy too? Leave your suggestions in the comments below.