Why Medication Was the Best Decision I Ever Made 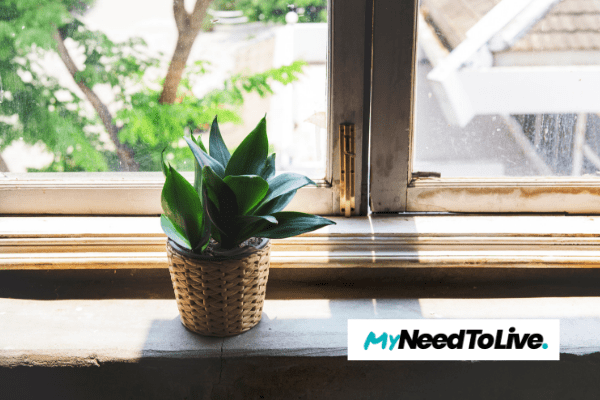 In June 2016, I reluctantly made the decision to start taking medication for my OCD. I’ve openly discussed it with my mental health related posts, but I haven’t actually talked about the reasons why I left it for so long. For today’s post, I’m going to talk a little more about it, along with how I’ve gotten to where I am now with it all.

Disclaimer: I am not a medical professional. Any recommendations are based on my personal experience. They should not be taken as medical advice. If you are struggling with your mental health, you should make arrangements to visit your GP and discuss your options.

At this stage, I didn’t have my diagnosis of OCD. I struggled majorly with anxiety which would often cause extreme nausea, and I was also suffering from emetophobia (a phobia of vomiting).

I was offered medication several times over the years before I decided to go ahead with it. At first, I declined it because I read far too many websites that went into detail about the side effects. One of the main ones was nausea and in some cases, vomiting. Not ideal when you have emetophobia. At this point I don’t remember specific times when I was offered medication. However, over a number of counselling sessions and doctors appointments, it was one of the most commonly offered solutions.

The first time I remember being offered medication was during my second year of university. Christmas was coming up, and it was around the time of year that norovirus was hitting the headlines because it was making the rounds. It was in every school, every hospital, every care home, literally, everywhere. My stomach was especially bad, so before my husband and I went home for Christmas, I made an appointment to see my doctor. I explained that I was in a vicious cycle with nausea and anxiety and I was struggling to cope. The doctor prescribed me Mirtazapine, a form of antidepressant used to treat OCD and anxiety disorders. She told me I generally would feel a bit unwell for the first few weeks, and that I should avoid alcohol. With that, she sent me on my way with a prescription.

Now, I was about to head home for 2 weeks for Christmas. You know, Christmas. A time where alcohol is on tap. As much as I knew alcohol wasn’t the be all and end all, I didn’t want to spend the entire Christmas break sober and miserable. Especially not while everyone else was drunk and having a good time. Not only that, but my number one fear was getting ill, and I didn’t see how 2 weeks of feeling unwell as a side effect would help my anxiety. So, after a few days of deliberation, I left said prescription in my flat in Northampton, and headed home without them. I came across that very same unopened box of tablets last year, having shoved them in a drawer.

I just about got by for the next few years after that, until early 2015. Wedding planning was starting to take its toll, and my mental health was progressively getting worse. I was developing what I now realise was the beginning of my OCD, and I was having more bad days than good. I made numerous trips to the doctors, and each time they asked me if I’d like to try medication. Despite persuasion from my Mum, my husband and my friends, I was still determined to get better without it.

Why? Well, there were a number of reasons in my head why medication was not the answer for me. In hindsight, if I could go back and give myself a slap, I would, because she was being a bloody idiot.

Genuine Reasons Why I Refused Medication

I told my doctor I was happy to stick with talking therapies, no matter how long the waiting list was. Our poor NHS has some ridiculous deadlines to meet and it’s under a great deal of pressure, and as a result I was on a waiting list for almost a year. I also had to explain myself to an ‘old school’ doctor. You know, the ones who have been a GP for a long time, but clearly haven’t had any mental health training whatsoever. Despite a whole week of feeling horrific beforehand, I got married and had a wonderful day. I thought maybe things would start to improve now. How wrong I was.

It wasn’t until later in 2016 that I had a full on meltdown. As a result, my Mum dragged me to the doctors. Thankfully, I saw a locum GP who clearly was fresh out of medical school. In addition to being insanely hot (I genuinely was glad I wasn’t going there with a lady problem), he was also lovely. He explained to me that if talking therapies were to have the best chance of working, I should at least give medication a try. As I was still on a waiting list, he made an urgent referral to the mental health team to try and push me up the list a little bit further. Finally, he wrote me a prescription for 50mg of Sertraline.

So, what is Sertraline? It’s a form of antidepressant that falls into the category of SSRIs (selective serotonin reuptake inhibitors). This means they work by increasing levels of serotonin (the happy hormone) in the brain. My Mum told me not to bother reading the side effects leaflet, which I think in hindsight was good advice, so I went ahead and took my first one.

I’ll be honest – those first few days were awful. I don’t want to get too graphic, but to put it mildly, my stomach was not okay. I was exhausted and I felt like a zombie for the first few days. It didn’t really fill me with reassurance. I’m not entirely sure when I started feeling better, but I know it happened over time. To be honest, towards the end of the first two weeks, while the obsessive thoughts hadn’t exactly gone away, the side effects had, and that was good enough for me.  And thankfully, while I felt like utter crap, I didn’t feel ill enough to need any time off work.

Over time, I gradually noticed an improvement in my mood, and the obsessive thoughts were starting to become less frequent. However, as Christmas 2016 approached, I began to struggle. At this point, I had now registered with a new GP – long story short, fit locum doctor left, I put in a complaint about old-school asshole, and ended up with a nice new female doctor. However, her clinic was running behind on this particular day, This meant I spent 45 minutes in a waiting room full of sick people coughing and spluttering. By the time I was called for my appointment, I was in floods of tears. After calming me down, my new doctor decided to up my dosage to 100mg, and I was more than happy to oblige. I’ve been taking them ever since.

While I still have OCD, I’m in a much better place than I was before. I still experience obsessive thoughts when I’m stressed. I still can’t wash my hands just the once when I go to the toilet. If you tell me you have a cold I will run a mile. In spite of all that, compared to how I was before I started taking my medication, I’ve still made a massive improvement. I’m still taking 100mg, but I’m past the point of any side effects. In fact, if I forget to take it, I actually feel worse. So, going back to my previous worries, how much of it was actually true?

My Advice to You

Of course, everyone is different in how they react to different medications. In absolutely no way should you head to your doctors and say you want a prescription for Sertraline. However, what I am saying is that if any of these things sound relatable to you, it’s perfectly okay. If you’re at the point where you’re not sure whether or not you should take medication, don’t let your own views cloud your judgement. Had I not believed what I did for so long, I probably would have started taking medication sooner. Potentially, my OCD may not have got as bad as it did either. If you concerns about medication, it’s worth talking to your doctor about them. They’ll be able to ease your worries, or even prescribe you something that’s less likely to do what you’re worrying about.

I hope one day I will come off of the Sertraline completely, or at the very least drop back down to 50mg. However, I think it’d be okay if I didn’t. A friend of mine put it into perspective – she said to me “if you took medication for a heart condition, would you stop taking it just because you feel better?” She’s right. I don’t want to put myself through withdrawal and potentially go back a few steps just because I feel better. For the sake of one small tablet a day and the £9 prescription charge every 2 months, I’d much rather feel the way I do now as opposed to how I did before.

I won’t lie, I’m incredibly annoyed at myself for not trying medication sooner. However, I’m so grateful that I saw sense in the end. By the time I started my CBT, the medication was well and truly in my system, which meant that I found it by far the most effective form of treatment I’ve had. I’m not cured, but it’s helped me a great deal. I’m not saying that medication is the best option for everyone, because of course it’s not. Everyone reacts differently to different forms of treatment. However, I’m saying that it’s an option worth exploring if you haven’t done so already. Despite your reservations, you never know, it might be the best decision you make.

The start of 2022, did not start out as planned, having caught COVID in early January. Not thinking I was immune and couldn’t catch it, I knew it was a possibility. I was very careful to follow the rules, keep my distance, wear my mask and I was vaccinated. Again, I know vaccination is by […]