Six Things I Learned About Life After University 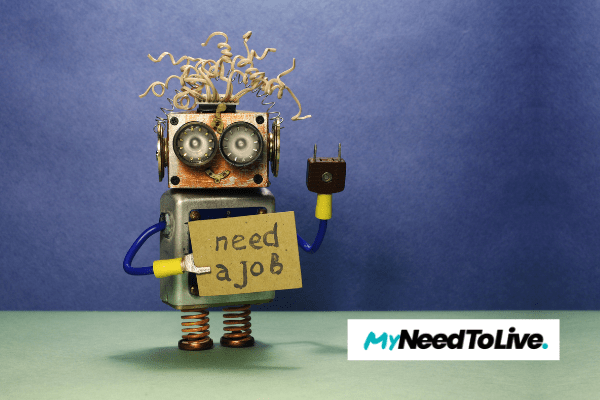 You’ve spent the past three or so years working hard (and partying harder) and have finally got your degree. You’ve thrown your mortarboard in the air and said your goodbyes to the lecture halls, the student union bar, and the student flat you called home.

You’ve just had the best three years of your life (hopefully) and now it’s time to head off in to the great wide world of work and put your stamp all over it.

It’s time to get that great job – and salary – you’ve been promised you’ll get as a graduate and start living the good life, right?

For many, life after university is not all as glorious as they’d hope it to be. And for many it’s when the read hard work begins…

To find out more, we spoke to Chloe Price, who recently graduated from Bath Spa University with a degree in English Literature and Creative Writing.

Here, she tells us about the six things she has learnt since she bid a fond farewell to university life…

1. Applying For Graduate Jobs Is Painful

I started applying for graduate jobs during my last term of uni, and I didn’t land one until August. I had filled in application after application, sent about 475487 emails, and of the top of my head I had attended at least twenty interviews, plus two phone ones.

I was applying for places in Bristol, Cardiff, Cheltenham, Gloucester, anywhere that had even the smallest amount of opportunity. Still, I had nothing.

It wasn’t long before I started doubting myself, thinking that I had no skills and achieved nothing at university. Plus, I was losing money quickly and returned to my overdraft a few times.

I grew frustrated with everything, and so started applying for jobs in my hometown – something which I swore I wouldn’t do when I first started my job search, as there wasn’t much opportunity there. But I gave in and applied for an administrative assistant, in order to gain office experience.

It was not the starting position that I wanted, but this role resulted in me running a website, blog and social media channels – things that I’d never done before and have become valuable skills. It was the stepping stone I needed.

Takeaway: When you’ve been turned down for the one-millionth job, you might be forgiven for thinking was university worth it after all. And it’s true that life after university might not be as easy as you expected, but don’t give up.  You’ll get to where you want to go eventually, even if you have to take a detour for a while!

If you are struggling to get a job, perhaps you need to give your CV a once-over. Here’s some great advice on boosting your CV.

2. Getting a Top-Notch, High-Paying Job Isn’t the Ultimate Goal

Not for me anyway. Now I’m not slating my current job here (I’m thrilled with where I am right now), but while progression is the number one factor for me when looking for jobs, it’s not because I want to own my own fancy office with an assistant and a view of somewhere spectacular like the London Eye.

My ambition is to be a freelance writer, and so any career move I make now must place me one step closer to that goal. My current role as a Content Marketing Specialist has given me more responsibilities than I’ve ever had, and I love the fact that I’m learning new skills and building my confidence.

But for me, my highest achievements so far are my blog, Instagram and my somewhat half-written novel. When I think of these projects, I’m so proud of what I’m doing, considering that I had next to no knowledge of web design or running business social media accounts.

Each job I am taking on is helping me with my own ‘brand’ (not sure what to call it, to be honest!), which at the end of the day is what matters most. That’s what’s going to get me where I want to be.

As long as I’m proactive and try everything that I can, I will continue building my blog, gain a following and (hopefully!) make a living off my writing in the future.

Takeaway: Don’t turn your nose up at an opportunity just because it’s not what you hoped to be doing. Because you never know what you might learn and how it can help you build your career.

Want to know where other people went to after their degree ended? Check out some more graduate stories here and here.

Most people that I know had a firm idea of where they wanted to be by the time they reached 25, myself included.

By this time, I wanted to be in a managerial role, own my own large house, be married with at least one child on the way, and have my completed novel. That’s a huge bucket list, considering I finished uni at 21 years old!

I know now that those things are not going to happen. I’m living with my parents, I have no driving license and all my money is going on train tickets, and I’ve still got a long way to go on my novel.

It took me a while to accept this at first, as I’m someone who hates not knowing what is going to happen next, and I felt like I was underachieving. However, I know that my desired timeframe is unrealistic, and considering that it’s been less than a year, I’ve already done so much since leaving uni. And I’m going to do even more!

I have no control over how long it’s all going to take, but as long as I keep working hard, I know I’ll be fine.

Takeaway: You may have a whole list of things you’d like to do after university and it’s good to set yourself goals to help motivate you. But make sure these goalsare sensible, realistic and actually attainable – otherwise you are setting yourself up for failure before you’ve even started. Look for the little wins every day and take the time to pat yourself on the back – you’ve deserved it!

4. Always Be Confident in What You’re Doing

Being a graduate is confusing. Whenever I scroll through Facebook, I see different people doing completely different things, making it hard to measure how successful anyone actually is.

Furthermore, social media instigates this bad habit of making us think that we’re not as good as these people and that because you’re not at the same stage as them, then you’re slacking.

After months of seeing people succeed and following book bloggers who are freelance/in publishing/releasing novels/doing everything I want to be doing, I decided to start my own Bookstagram and blog, thinking I could quickly catch up.

This led to me spending ages comparing my feed to others and feeling crappy when I saw that I was not doing half as well as them. But I love my blog, and I’m not going to change it. And now I’m starting to see my own results, I know that if I carry on the way I want to, I will succeed, even if I end up doing something entirely different for everyone else.

Takeaway: Stop comparing yourself to other people on social media. Remember, their feed is only a ‘highlights reel’ showing their best bits, and they could be going through just as tough a time as you in real life. Just keep doing what your doing to make you happy and don’t worry about everyone else.

Like Chloe, many students and graduates are taking the leap and starting their own businesses – find out why this could be a great idea for you here.

I still get nervous when reaching out to people I don’t know, but after contacting a magazine for work experience during uni, I realised that networking could be a valuable skill.  However, it wasn’t until after graduation that I understood just how valuable it truly is.

I try and attend as many writing and reading events that I can, and I’ve started to make sure that I at least try and make a connection with someone that could potentially give me an opportunity in the future.

After attending Amazon’s Author Academy in October (even though I have no interest in Kindle publishing) I gained the contact details of someone who works for the London Book Fair, a rep from the Stratford Literature Festival, and a lady who lives near me who works with local writers and is writing her own novel.

I hated the idea of going to these events alone at first, but I’ve realised that if I go with a friend, I would likely stick with them and not make an effort to talk to anyone. My goal for 2019 is to continue attending events to try and meet even more people.

Takeaway: Putting yourself out there is really scary. It’s far easier just to sit at home watching Netflix instead. But overcoming your fear can pay off big time – you never know who is around the corner and what they can do to help you in your career!

Looking for networking opportunities? Well, why not try volunteering while you are looking for work. It can be a great way to meet new people.

6. Coffee is also an essential…

…and always will be.