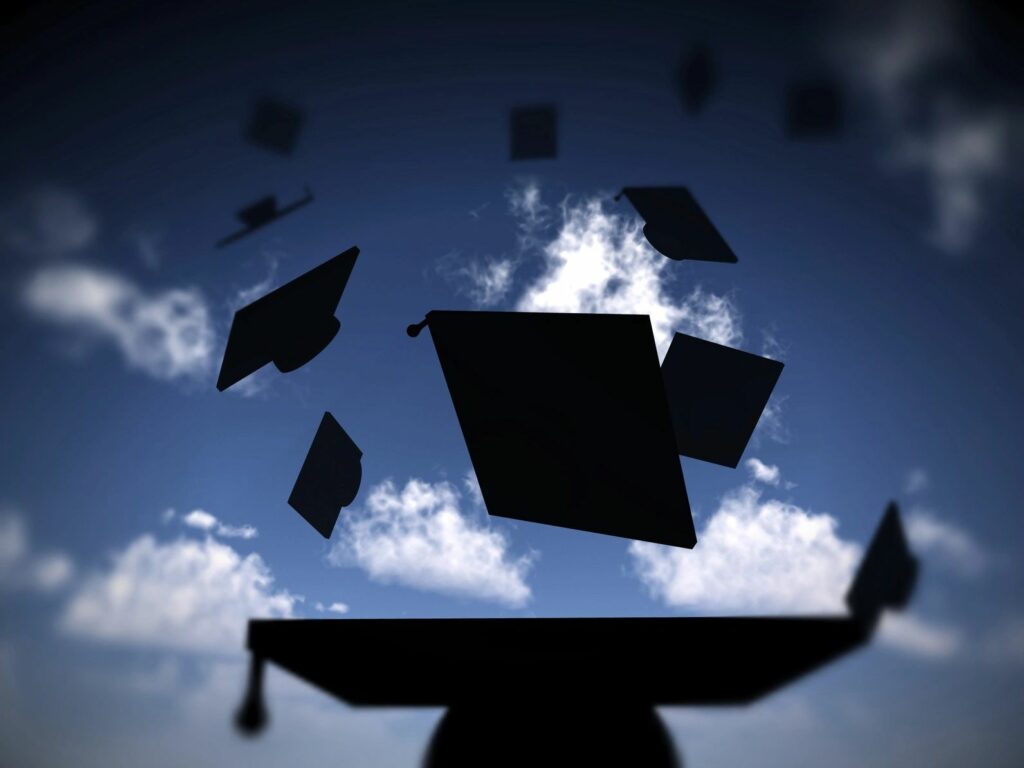 The period after graduation was a rather difficult one for me. Reading on, you’ll soon discover the reasons why, but there’s a few lessons I’ve learned that I wanted to share for my post today. In hindsight, I wish I knew these things when I was 21 and fresh out of the graduation ceremony! Hopefully if you’re graduating next year, you’ll find them useful.

This is without a doubt one of the toughest ones, so lets get it out of the way now. First things first – think about what’s most important. Is it your career or your personal life? Now, I’m not saying that it’s not possible to have both. However, I’m saying that it might not be possible to get them both straight away.

For example, I studied psychology, and at the time I wanted to be a therapist after graduation. However, I also wanted to move back home. I went to university in Northampton, but my hometown is a small town in Wiltshire. There weren’t many opportunities, aside from Bath and Bristol, but even then they were few and far between. Despite that, I wanted to move back home to be with my friends and my family. Because of that, I put it above all else. However, that meant that the opportunities for me were incredibly minimal. Thankfully, where I’d been working for the last year at an opticians, I had enough experience to transfer to a store in my hometown. So, on the bright side, at the very least I had a job.

What I saw however, was that a number of people on my course stayed in or around Northampton, and they moved on to Masters courses and graduate opportunities. The only nearby universities to my hometown would have been in Bath and Bristol, and at the time, they either didn’t offer the course I wanted, or their entry requirements were too high.

Can You Have it All?

I’d love to say that coming out of university you can have it all, but realistically, this was not the case for me. Don’t get me wrong, I’m sure it wasn’t for most people. The lesson I’d say to take from this is to think about what’s most important to you. If your career is the most important, realistically, moving back to your hometown probably isn’t the best option, especially if it’s a smaller area. On the flip side, if your priority is to move closer to your family, consider that you may be a little more restricted when it comes to job opportunities. Of course, I don’t regret my decision – I wanted to be nearer to my Mum and my friends. It was what I needed for my mental health, and after struggling so much throughout uni, I needed my home comforts. What I didn’t think of though, was how it would affect my career prospects. I expected to come home and still have opportunities fall into my lap, which definitely wasn’t the case.

Don’t Give Up Easily

One thing I found while I was working in retail was that it was so easy to give up. I started volunteering for a mental health charity in order to get some experience, but I’m ashamed to say that I wasn’t in the right frame of mind for it. One thing about retail is that it’s incredibly draining. So much to the point that on my days off, I wanted to isolate myself and spend time on me. It was incredibly selfish and looking back I know that had I stuck with it,  I probably could have gotten a foot in the door to some further training. However, I gave up. I packed in the voluntary work telling myself that I’d start things up again in a few months time. I never did.

Part of the problem was also the fact that I got too comfortable. It meant that even after a good year or two, I was reluctant to move on. All because I don’t like change. Even though I hated the job itself, I had made some amazing friends – why would I want to jeopardise that?

Maybe deep down, I didn’t want to be a therapist. Maybe during the five years I spent in a retail job, I simply lost any desire to work with the general public. Anyone who has worked a retail job will tell you that it drains any and every ounce of patience you have for people, and for me that was definitely the case. Some might argue that to for it be beaten out of me that easily, maybe I didn’t want to be a therapist in the first place. To be honest, since I originally wrote this post back in August I’m now thinking maybe that was the case after all.

My point? If you wind up in a “stop gap” job, don’t give up. At times it’ll be easier to stay in a job you hate simply because it’s easier or because you have friends there. However, focus on your endgame. If there’s a career you want that badly, you’ll do whatever it takes. I clearly didn’t want mine enough.

This was what I struggled with the most. Some of you may know that my husband and I went to university together. Obviously we studied different subjects, but throughout the whole three years it was easy to compare myself to him. I’m ashamed to say that I felt as though no matter how well I did, he did ten times better. Watching him graduate with a first after I thought I’d made my peace with my 2:1 was a surprisingly painful experience, and I hate myself for admitting that.

What I neglected to consider though, was that for my husband, his subject was more than just the subject he was studying. It was a hobby. A hobby that he loved and therefore committed a great deal of his time and effort into. For me, while I loved psychology, particularly the mental health aspect, it wasn’t something I actively took time to read about. It’s something I have to remind myself of even now, and I hate myself for it.

Don’t Let Social Media Get to You

Over the few years post-graduation, the joys of Facebook and Instagram meant that I would be the first to know about how successful other girls on my course were. Over time I saw them getting graduate jobs, promotions, and getting onto masters courses. After a while it got to the point where seeing their successes was too much. I found it far too difficult to be happy for them when I was so unhappy in a job that I hated. At the risk of seeming like a jealous bitch, I deleted A LOT of people I went to uni with. It may seem petty, but at the time, seeing their successes meant that I was a failure. In those moments, deleting their success from my life was the best thing I could do. Looking at it from a slightly more mature point of view, I see this was childish, but at the same time, I think I did what I needed to do.

As you can probably tell, I have lots of conflicting emotions about this subject, even 6 years on. One thing I will say though, is that in spite of everything, I don’t have any regrets. Like I said, maybe deep down, being a therapist wasn’t for me, and putting my personal life ahead of my career was my mind’s way of telling me that. Had I decided to pursue more courses or work experience, I may not have the life that I do now. While the post-uni job stuff has completely and utterly gone to shit (that’s a whole different discussion for another day), I have some amazing friends, a wonderful family, and a husband who loves me and takes care of me. And of course, the most adorable little kitty.