My Journey Into a Gaming Profession 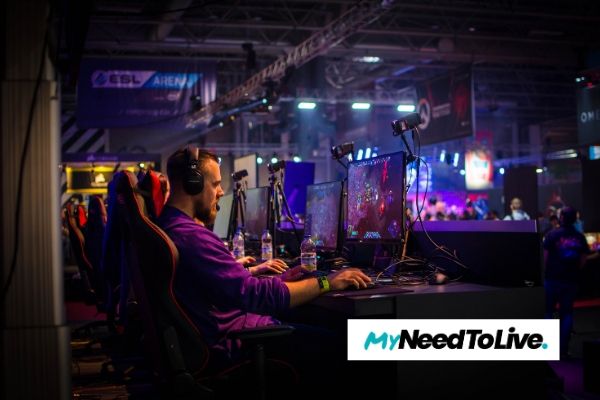 Plymouth. My hometown. It is… an interesting old place.

Tucked away deep in the south west of the UK, Plymouth is beautiful, especially in the summer, with the waterfront, the sea breeze and the bustling city centre. Plymouth is welcoming and traditional. Of course, to most people, Plymouth is a long way away – but when it comes to the city’s separation to other parts of the country, things run a little deeper than that.

In my last trip back to Plymouth, I attended a local event where the host of the evening knew quite a few of the people in the room. Early on in the night, the host came out with this: “I want to thank everyone for coming here tonight, especially those who have travelled a long way. I know one person came all the way from Weymouth for this!”

Weymouth is, like, 90 minutes away from Plymouth. It aint far. So yes, geographically, living in Devon can be an issue if you want to spread your wings or advance your career – but it’s not just that. There’s a traditionally ‘down here’ mentality in the south west that makes people sceptical about moving north. When I told people I was moving away to Nottingham, there was a lot of shock, confusion, even disbelief. A few were convinced I’d find the move too difficult and come running back home.

Despite that, despite the bumps in the road, despite the homesickness, I haven’t come running back home yet – and gaming has played a massive part in maintaining that mentality.

After graduating from university and holding a marketing job for a year or so, it was clear that my ambition to grow as a person and within my career was extremely difficult to achieve in the environment around me. For all its positives, Plymouth’s cultural progress can be slow, lacking modern job opportunities or chances to show entrepreneurial spirit. I needed more than that.

As a lifelong gamer, I always kept an eye on potential opportunities to break into the gaming industry, beginning with some journalistic work for a gaming news and features and website whilst at uni. The opportunity to see the inner workings of video game creation, and play my own part in a game’s success, was always my goal. More and more media-based jobs began to open up at gaming publishers, so I centred in on one, prepared, and waited for the next role to come up. It simply didn’t matter that it was based on Warwickshire, a near five-hour drive from Plymouth – I knew this was what I wanted to do, but also what I needed to do, to get the career fulfilment I was missing.

It’s taken a lot of sacrifice, a lot of emotional goodbyes, a lot of lonely evenings and second guessing, but I made the right decision. Now, I’m travelling the globe, attending events I aspired to be at as a kid, and I’m working in the industry that I’ve loved and invested so much time into throughout my life: video games – a medium that gives back to me, every bit as much as I take from it.

I’ve always believed that video games have as much power as any other medium to help people through difficult times, whatever we might be going through.

Much of that is down to its inherently social nature. It’s always confused me when one of the lazy stereotypes thrown at the world of gaming is that it negatively affects people’s social skills, when in reality, gaming creates memories built around friendship and shared enjoyment. Let me give you an example from my days in secondary school – a period of anyone’s life that’s tricky, stressful and confusing.

With all my childhood friends going to different schools, whilst desperately trying to figure out what kind of person I wanted to be, or who I should be, school could often be a lonely experience. Slowly, though, I began to find people I felt comfortable being around; who felt the same way; who I could call a friend. A massive part of the process of us becoming friends centred around similar interests, including gaming. That spawned many an after-school get-together, with groups of us piling into front rooms and bedrooms for some Halo 3, Guitar Hero or Call of Duty: Modern Warfare sessions.

Those are still some of my fondest memories from my childhood – but it hasn’t stopped there. For one reason or another, the lest half-decade of my life has seen me have to move from house to house, city to city, region to region. That causes your social life to become extremely fractured, but gaming is still there to help. Whether it’s a lunchtime session of FIFA or Worms with workmates, or chatting with old friends on Xbox Live as we build Minecraft worlds together, gaming is helping me build, maintain and rekindle friendships.

So whether it’s to bond with friends during a whirlwind childhood, maintain a social life in a busy modern career, or to be a lighthouse that guides you on where to go in your life and career, gaming and video games will always be special to me.