In a New Relationship: With GYM 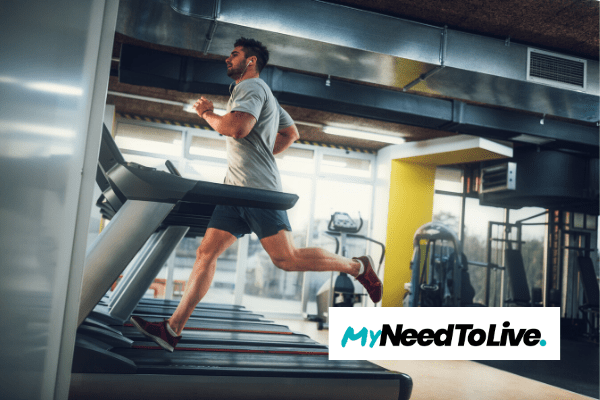 Hey guys, December is upon us and soon we’ll all be writing our New Years Resolutions! I thought i’d share with you an old post from back in February 2019 documenting my attempt to stick to a new years resolution. Spoiler alert: i didn’t stick to it but, in the moment it did the world of good for me! Hopefully I’ll be better at committing in 2020!!!

I think I must have come out of the womb hating the gym. I don’t know what it was that made me hate it, there was no bad experience or reason for the hatred- it was just there. A real strong, natural born hatred alongside baked beans and sharks. However, February 4th 2019…the hatred came to an abrupt end. Look at that, we’re coming leaps and bounds and its only the second blog post [phoebe this does not mean I will now agree to go cage diving].

January was crap. I think I got that across pretty strongly in the first post and so February 1st was my reset on the year [lol 2019 31 days in and you broke me]. On Friday night my flatmate and I had one of those late night chats. The ones where you just cannot stop talking, every little thing on your mind comes spilling out of your mouth until you literally fall asleep at the kitchen table. Turns out both of us were feeling pretty similar, we’d got the second term blues pretty badly alongside feeling pretty guilty about the christmas tums we were still modelling. We looked each other in the eye and vowed that in a months time we wanted to sit here chatting about how effing good we felt about ourselves and with that, the plan from hell was born.

6.45 on Saturday morning the plan began.

I don’t think I’ve EVER seen that time on a Saturday morning bar from the one occasion I attempted [didn’t make it past the living room door] to walk home drunk from a friends house. Funny thing was, it wasn’t hard. I mean nobody enjoys being up at that time but, surprisingly I managed to drag myself out of bed, GO OUTSIDE IN THE SNOW FOR A WALK [like who even am I?!?] wash my hair, eat breakfast and plan half an essay all by 9am. Impressive. I felt on top of the world- until I napped for about 2 hours in the afternoon- and it gave me that little bit of motivation that this horrific exercise regime we’d conducted was actually going to be one of the best ideas I’ve ever had.

Monday night, my affair with Gym began. It took me literally 3 minutes 45 seconds to turn on the treadmill [press the bright green button that says GO- dead difficult] and both Anavi and I were pretty set on that I wouldn’t last 20 minutes. Well 2 HOURS LATER I made it out alive with no nausea, no attempts at a break out and no horrific embarrassments (skimming over the treadmill startup). The weirdest part, I enjoyed it. Even the 2 minutes in which I forced myself to actually run not speed walk and even during the 100 sets of leg lifts that had me feeling like the fires of hell were residing in my body. I loved all of it. I think I sweated out all of the stress and I came back to bed with a massive weight lifted off of my shoulders…literally and metaphorically.

I don’t know quite how long this affiliation will last but, I’m going to make the most of it before the leg ache forces the hatred to sweep back in!! It all reminded me that pushing yourself out of your comfort zone is one of the best things you can do. Last night I felt 1000x better sweaty and red than I normally feel when I’m all dolled up. I’d done something for me. I’d actively made a change, that first little step and the smiles would not, have not stopped. Getting through that door was terrifying but coming out was exhilarating.

So if you’re stuck in a rutt, feeling crappy. Take that first little step. It’ll do you wonders, i promise.

I’ve got a date with Gym.