“I think I have an Eating Disorder”: The Impacts of Anorexia Nervosa. 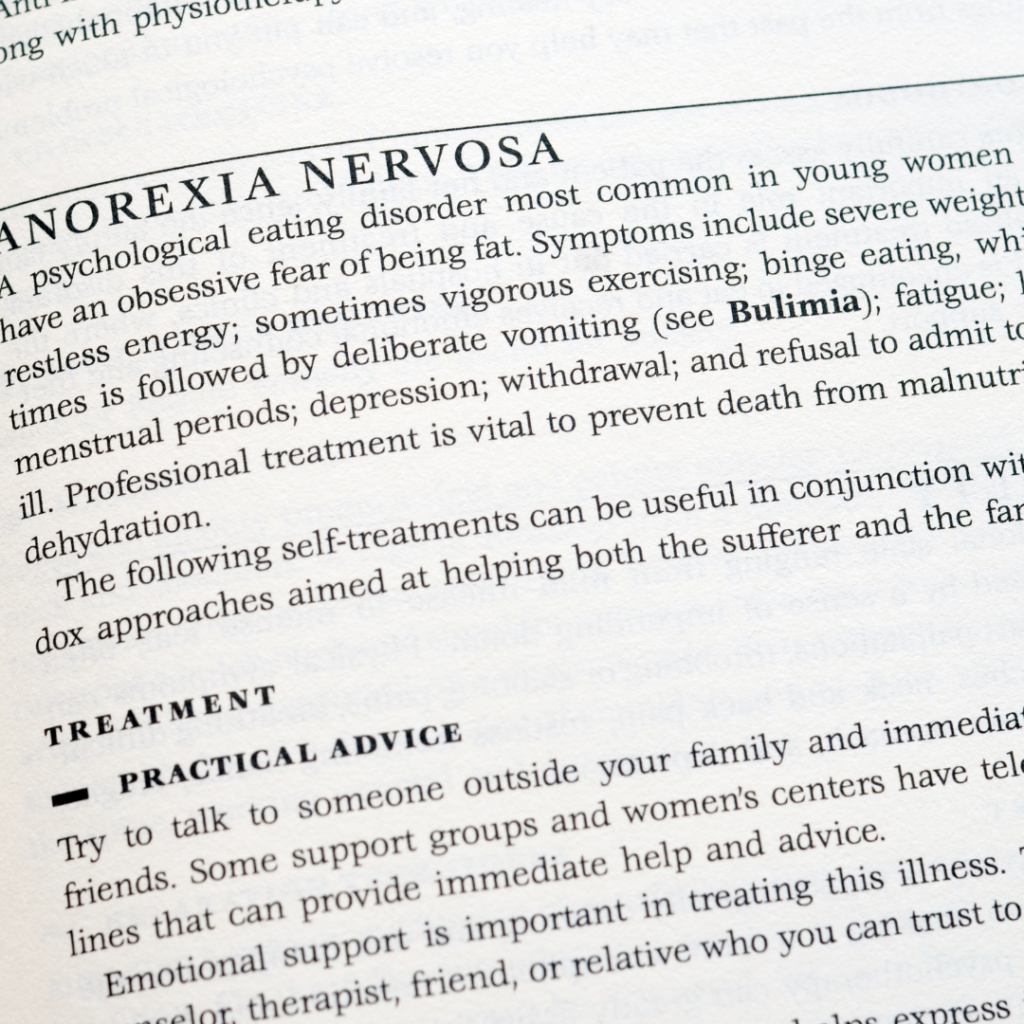 What are the impacts of Anorexia Nervosa on the body and mind?

Anorexia Nervosa is possibly one of the hardest eating disorders to not only live with but also to understand. On the surface, it appears as a diet gone too far. The truth is it’s far more sinister than a run-of-the-mill restrictive diet.

It’s such a widely misunderstood as a disorder, and unless you’re familiar with it through experience, work or social circles, it’s unlikely that you’ll be able to grasp the full extent to which it goes.

Of all eating disorders, Anorexia Nervosa has some of the most deadly short term and long term impacts. While the mental impacts are similar to that of other mental health issues, the physical impacts are much, much worse.

“We turn skeletons into goddesses and look to them as if they might teach us how not to need.”

Marya Hornbacher, Wasted: A Memoir of Anorexia and Bulimia

The 7 Main Physical Impacts of Anorexia.

Due to inadequate nutritional intake, hair, skin, and nails become brittle and blemished. Arguably, our hair can struggle the most. As nutrients reduce, it becomes thinner and can even fall out.

The skin can appear to have yellow undertones. This can sometimes be in relation to the impacts of severe hypoglycemia, while other times it can just be due to inadequate nutrient intake.

Finally, it’s not uncommon to see sores and bruises, especially around the tail bone area. This is due to the limited fat on the body, meaning the bones aren’t protected from hard surfaces. I’ve personally struggled with sitting and laying down in the past due to a reduction in fat around my bum and pelvic bones.

While the body is in starvation mode the blood flow becomes constricted, leaving the individual intolerable to cold temperatures. It’s not uncommon to find your fingers and toes going blue due to the cold, especially in the winter (Brown & Mehler, 2017). On occasion I’ve become so cold I find it almost impossible to warm up without the help of boiling water or several blankets. I often describe it as a cold sensation deep within the bones.

In a bid to keep warm the body will begin to grow fine lanugo hair. Usually, this can be seen on the face, arms, stomach, and legs as ‘peach fuzz.’

Inadequate food intake often leaves us with gastrointestinal issues. These can be both long and short term, however, it should be noted neither is desirable.

Gastroparesis is when the gut digests food more slowly, therefore meaning the bowel is emptied slower than normal. This leads to a build-up of waste material in the bowel, leading to abdominal pain, bloating and constipation. This can be resolved with a weight gain of as little as 10lbs, however, there have been cases of gastroparesis becoming a life long condition.

The endocrine system (responsible for hormone regulation) can take a serious hit due to ongoing starvation.

Hypoglycemia can cause a variety of issues such as:

If severe enough hypoglycemia can cause liver failure and, eventually, death.

The endocrine system is also responsible for the regulation of the sex hormones in both men and women. Typically, this means that people are affected by low levels of estrogen and testosterone. This can later impact fertility and the ability to carry children full term.

Women experiencing anorexia often lose their period due to malnutrition, lack of fat and general low body weight. Although, it’s not uncommon for someone to continue to menstruate even with a low BMI.

Check out my post on dealing with period restoration in recovery.

The brain is also massively impacted by starvation. Studies have found that “Anorexia nervosa is associated with a variable, but usually significant, brain atrophy” (Brown & Mehler, 2017). In severe cases, it’s thought that, under MRI, the starved brain would appear similar to that of a person with Alzheimer’s. This decrease in grey matter may lead to slower functioning, difficulty concentrating, memory loss, ‘brain fog‘ and seizures.

People struggling with anorexia tend to place high importance on things such as school and work. This is often due to the obsession to be perfectly created by the disorder. However, the physical effects of anorexia often prevent them from achieving such goals, resulting in a feeling of failure.

A lack of adequate nutrition, specifically calcium, means that individuals with anorexia nervosa often experience impaired bone structure. This means that bone density and strength become compromised. Some studies have shown that 85% of women and 36% of men with anorexia nervosa have either osteoporosis or osteopenia (Brown & Mehler, 2017). This means they are at higher risk of experiencing fractures and breaks, much like those in the elderly community.

Why does this happen? Apart from the reduction of inadequate nutrition, it’s also thought that the reduction in sex hormones is also responsible. As we’ve previously discussed, both men and women experience disruption of either estrogen (women) or testosterone (men), both of which help regulate bone density (Brown & Mehler, 2017).

Last, but certainly not least, are the effects anorexia nervosa has on the heart. One of the most common physical effects is bradycardia, a slower than normal heart rate. A healthy adult’s heart beats between 60-100 times per minute (bpm), while those with anorexia can often be seen with heart rates below 60 bpm. A reduction in heart rate and blood pressure leaves the heart weaker and can even shrink in size.

Mayo Clinic (2018) states that this weakening of the heart is due to a lack of oxygen going to the other organs in the body. This causes what’s known as syncope, dizziness, fatigue, chest pain and confusion. These symptoms are not to be taken lightly, and can often be fatal.

Congestive heart failure is the main cause of death in patients with anorexia nervosa and can occur both during starvation and active re-feeding. This sort of heart failure occurs due to the loss of muscle mass, meaning the walls of the heart become thin and weak (Schoken et al., 1989). The heart is unable to effectively circulate blood throughout the body, therefore causing blood to remain in the ventricle of the heart. The accumulation of blood, alongside the inability for the heart to pump at a necessary rate, can result in sudden death. This is frequently seen in patients with life long anorexia nervosa.

Missed something? Check out previous instalments of the series. Otherwise, stay tuned for the more in this series!