How attempting suicide changed my perspective and Life 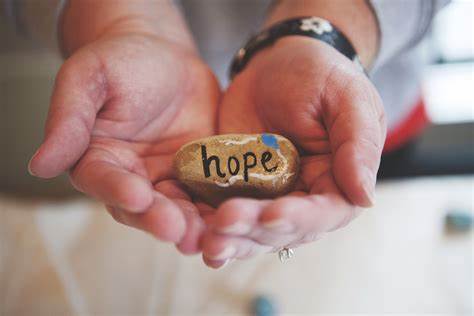 The life changing moment in the making

It was February 7th, 2007, I was 27 years old and depressed, fully of anxiety and ready to throw in the towel. Like so many at that age, it’s a tough age. I am educated having been a few years out of university and studying for my graduate degree at that time, but I felt it wasn’t enough I wanted more. I grew up in a very dysfunctional home like so many that will say we all did. I grew up with my mother, sister and verbally abusive grandfather, dad was still in the picture as my parents were divorced. Growing up from the age of five years old I was told how worthless I was, made to do hard labor (Not chores) by my grandfather.

My mother between a rock and a hard place did her best to provide but we depended on him who I referred to El Diablo (The devil) because of how he treated myself, sister and mother (his daughter). My mother fought tooth and nail to defend me and my sister from his cruelness, but it was hard because again she depended on him for food and shelter, being a single mom and with low income it was tough, but we never went without the necessities such as food, shelter and clothes.

One would ask why my mother didn’t just leave the devil and cut on our own and the answer to that is tough because my mother like so many have to make tough decisions to keep the family intact and at times has to make difficult sacrifices and she did.  But the damage he inflicted on me and maybe my sister is felt to this day even though he died in 2016.

I will never understand why my mother went searching for her long-lost father who I feel abandoned her as a child, but even my mother can’t answer for that because she died in 2015 at the age of 56 years old.

Many grow up with similar situations or worse like homelessness and physical abuse and turn out ok and some don’t. I did not turn out ok, as I grew into adulthood depression started to affect me around 16 years old as I would make visits to the school psychologist but even that didn’t help. Graduating high school, I worked to live a normal life going to college and then dropping out for a short time because I was too depressed to focus on what to do with my life.

Life as an Adult and its struggles

Eventually moving out at 19 years old to live with my father and my grandfather who at the time suffered from Alzheimer’s helping to take care of him. Living with father was not the healthiest place to be either as it further pushed me into depression and my father was in way supportive of my mental health needs, I was left to myself to figure it out.

Over the years I got worse, still maintaining school and work and tried to live my life rightfully but I struggled with indecision on the direction of my life and career which depressed me even further, I was lost. Part of the problem was I felt so alone, as I had little or no friends to support me and I searched for love getting rejected regularly because of my overweightness. I was always searching for love and relationships even in high school often rejected which painfully hurt me.

In 2006 I was working in financial aid for a college and my aunt suddenly pasted away in her forties, someone who I loved dearly and was always supportive of me which sent me spiraling. I quit my job and spent time at home which was a big mistake being that home was the most depressing place there was.

Truthfully in those years I should have just tried to make it on my own, but I was to be scarred for the kind of commitment, so I stayed.  It took years to recover my career again after my after me quitting I was going deeper into depression.  Being depressed I would sit, watch TV and eat, which caused my weight to balloon further pushing me into depression harder. I still worked to get jobs and I did but those were short lived, and I usually quit after a few weeks. I did not drink or do drugs that has never been who I was.

Gone, gone almost gone but not quite

Deeper and deeper I went until one day on February 7th I had another Job interview, expecting when I got there to get the job but was told they had no job offerings even though I was set up for an interview. Therefore, some reason set me off as before going home I got lunch , went home ate my lunch. For some strange reason I decided it was time to end my life as life was not worth living anymore, thinking who would miss me anyways.

I decided to go to the garage and look around, find a old piece of rope and finding a latter outside and a long pole as I swung the rope over the pole ready to complete the deed.  At this exact time as I was climbing the latter I looked back and saw my sister come to the backyard, but I still jump nothing was going to stop me from doing this, so I jump as I felt the rope tighten around my neck I quickly blacked out. I suddenly remember screaming from my sister who in a fit of strength pushed my 230-pound body up and bring me down as I looked up at her crying calling for help, I was too lost to know what happened.

When suddenly police and fire came quickly taking me a way to a hospital for a 72-hour observation before I was sent to an outpatient facility for treatment. I was there for two weeks before being allowed to leave, where I quickly saw a psychiatrist and given a healthy dose of meds to stabilize me all while I was still in school. My neck from rope was destroyed suffering from rope burn, but in some way that woke me up to my life.

The return to normal

Slowly things got better, got a stable job, finished my graduate degree and in 2008 found Love with my now wife and then in 2013 having my daughter. One could say the rest is history but truly my wife and daughter were my life savers. My sister of course saved my life from that fateful day which will always be a sad reminder to her as she always remembers and it’s hard to discuss because of the trauma she faced too.

Why I am telling you all of this, is because Life is precious and at that point in my life, I didn’t see life like that. I saw life as what I can get out of it Money, career and I had none of that. Even today I am a typical Joe, but in a much better place. Does my depression still sneak up, it still does as that will never go away, but I know how to cope better today.

Often times we forget how grateful we need to breathe and live life thinking life is something deposable and it’s not. I get we all struggle some more than others, but we must fight on. We unfortunately live in a world where people commit suicide each day and those people and families lose loved ones never to return. Even though you may not see it you are valued, and love and we need to see it for ourselves. It took a long time for me to see this myself but glad I am here to spend my days with my beautiful wife and daughter, sister, father and brother-in-law.

Don’t ever let anyone family, friend or foe make you feel like you have no value, you must believe you have value, and you do.

Wherever you reside, whatever country you’re from, don’t let people and society tell you otherwise. I believe for many years I was unvaluable as a worker and a person because I was told so. What I have seen in these last couple years with COVID is that life is precious, and we need to all appreciate and not give up the good fight.

Here I am today:

If you ever feel the need to take the drastic measure to end your life, please talk to someone immediately by calling the suicide hotline at:

If you need help