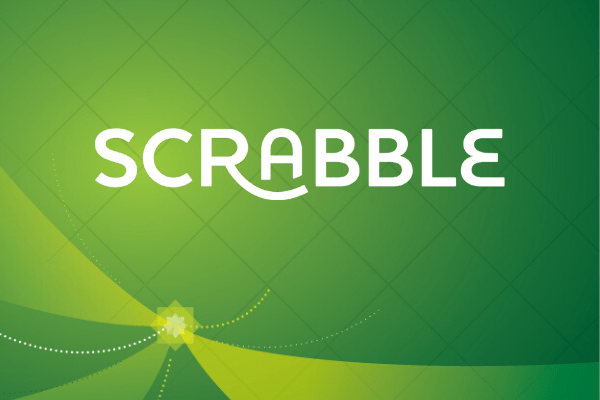 There was an endgame on the MSA live stream of this year’s World Scrabble Championships that quite literally had to be seen to be believed. There have been hundreds, if not thousands of live streamed Scrabble games broadcast over the years but this one I feel might have been unique.

To set the scene, the top eight places after four days and 35 rounds of play would qualify for the knockout stages at the weekend. With one round to go, David Koenig, number 7 seed was in 7th place on 21-13 +354, and was drawn to play number 13 seed Peter Armstrong, who was in 8th place on 20-5.13.5 +324. There were three other players above David on 21-13 all with significantly better spreads, and two players below Peter on 20-14, one of whom, Dave Wiegand also had a much better spread than both David and Peter.

So, on to the game. Peter bonused first with EUTAXITE after David had earlier tried the phoney ANYROADS*. David followed that immediately with ORACIES. Peter got his PANTIES down in the midgame but David hit back with TWISTeR to close the gap. The fifth bonus of the game was Peter’s RELIEvED, which gave him a reasonable lead of 396-356 at this point.

Coming into the endgame, Peter was very short of time (just 5 seconds left!) but led 447-380. His tiles were LMNOV while David held AAAGNOS and was to play next. The board position was as in the first photo. The most likely scenario at this point was that David would go out in two and lose narrowly, drop to ninth (Dave Wiegand had won his final game at this point and had leapfrogged the pair of them in the standings) and it would be Peter who would advance to the knockout stages.

In fact after David’s next play of AGO/AL/GI/OE for 17, taking the game score to 447-397 in Peter’s favour, Peter played a phoney (see second photo), VOMEN* (perhaps he was mixing up VOMER and VIMEN) down the down of PUBIC. David challenged, the move came off and now things got really interesting!

There was just 1 second left on Peter’s clock now, and he still held LMNOV. The difference in the scores was still 50 (see third photo). David’s best outplay was ANSA/JERKS for 24, which would make the final score an agonising 431-437 loss for David. He took a long time looking for something better, the commentators (Sumbul Siddiqui, Stefan Rau and Joshua Sokol) did too, the watching playing commenting in the chat window on Twitch did the same. What if…

What if David played a phoney? Peter would have to challenge, and in doing so would go over time? No, the consensus was if he did challenge and go over time, Peter would still win as the word would come off, he’d be able to dump the M and V with a play like OMOV and he’d still be safe. Discussion then turned to playing a phoney that Peter might *not* end up challenging, like PUBICANAS* or ANAQUENA*, or valid moves that gave David a win or even a tie, only if Peter challenged and gave David 5 points for the challenge.

Discussion also turned to NASPA v WESPA rules and whether the deliberate playing of a phoney was considered unethical/illegal, etc. All the time as David’s clock ticked down the watching players wondered whether he would employ any of these devilish tactics. In fact, with his own time running out David finally played GONNA for 12, Peter inevitably went over time then played OMOV for 13 keeping LN, David played AS/JERKS for 20, and the game ended with the final scores 448-431 to Peter. Peter moved in to the knockout stages and poor David was sent home, which would have felt all the more galling as he had been in the top eight in 24 of the previous 34 rounds.

So in the end the most predictable endgame played out. But for a long time there looked like being one of the most fascinating, possibly controversial endings in the tournament’s history. If reading this report of the game has whetted your appetite, watch the game on twitch.tv using the link
https://tinyurl.com/vv82zcg

Fast forward to 4h20m to watch the whole game, or 4h33 to just watch that amazing endgame.