I’m here to show others that there is hope and light at end of the tunnel and want to help others find recovery and never give in, as you are worth so much and you may think you are in control but as long as you are slave to your disorder you will never have the life you deserve, so take today to begin your recovery and learn to love yourself.

My eating disorder (Anorexia/Bulimia/exercise Athletica) started in late 1997 with loss of my mum and grandfather and at that time I was a semi pro footballer with Scotland U-16s,and my weight began to plummet over next year due to grief, where I over exercised with 10 mile runs daily, weight training, and my football, which culminated in me collapsing at 5 stones after I went to holiday to Australia, and lost my football career due to sciatic nerve damage to left leg due to weight loss which I was admitted to Gartnavel hospital Glasgow when I landed in Glasgow,where I spent 9 months with feeding via peg tube and gradual re-feeding diet where I reached target weight of 7st and released.

I spent next few years struggling but maintained weight and got up to 9st via medications and got back working in wine warehouse as assistant store man, and then met my wife Laura at a night out in Kilmarnock and married in 2006. My wife took ill and had 4 miscarriages which were Mia-diagnosed as P.C.O.S but turned out to be ovarian cancer which resulted in her having full hysterectomy and long lengthy battle with chemotherapy which resulted in me relapsing and my weight falling to 4st which I collapsed in bathroom of my house and split my head on bathroom sink and had a major heart attack whereby I was clinically dead for 11 mins but was revived via inserting a tube into my lung to restart my heart, and spent 4 months in I.C.U and another 4 months in general ward before I was released at 7st 6lbs, and maintained till my father had huge stroke in 2012 which resulted in him being wheelchair bound and paralysed down his entire right side, which me and my wife cared for him daily alongside private carers.

He went into hospital in late 2014 for another amputation on his left foot due to his severe diabetic illness,and on way to theater had another huge stroke and major heart attack which doctors gave him days to live,and he spent 4 weeks in hospital before he passed and all this over years of worry of his condition and grief of losing my dad who was my world along with mum, caused me to go down to 34kg and re-admitted to cross house hospital Kilmarnock and my liver and kidneys had began to shut down,and was put on refeeding diet as my body went into shock due to refeeding syndrome.

I was released in February 2015 at target weight of 52kg and B.M.I 18, and I’m now in firm recovery and gaining weight weekly and fighting for memory of my parents to make them proud, and for my wife and MYSELF, which is what everyone wants most importantly to fulfill the life I should have. I went vegan for ethical reasons on January 12th 2016 which was my 36th birthday, and immediately became active for the animals as an activist in my local area, and started my YouTube channel called Tofu Tommy where I document my recovery and my vegan lifestyle, as well as family life with my wife and our fur baby family, and it’s truly opened the doors that my eating disorder had me believe we’re closed forever, but I always recommend that those in recovery heal their mind and relationship with food before ever embarking on veganism,as it’s not a diet but rather a boycott on injustice,and the way I look at it is that we wouldn’t want to suffer unnecessarily so why should any living sentient being do so for us if we can survive and thrive without causing that unnecessary suffering ?

I have great team of E.D specialists in my nurse Gina Steven who has been there for me at the darkest times and is a diamond of a lady and owe my life to her and my psychiatrist Dr McCrae who at times I never realised all the laxative abuse, purging, over exercise to cope with all the grief, were hospitalising me to save my life, and I thank them from bottom of my heart, and I’m here today improving and will always have dark days but I know the triggers and how to cope and be the pilot rather than the passenger, and keep that wee voice locked at back of my head.

I’m here to show others that there is hope and light at end of the tunnel and want to help others find recovery and never give in, as you are worth so much and you may think you are in control but as long as you are slave to your disorder you will never have the life you deserve, so take today to begin your recovery and learn to love yourself.

Fri May 31 , 2019
#HWPO – Hard Work Pays Off! We all have times when we don’t want to study/revise. We all get road blocks. This video is to give you that little extra boost! Facebook Twitter LinkedIn Pinterest 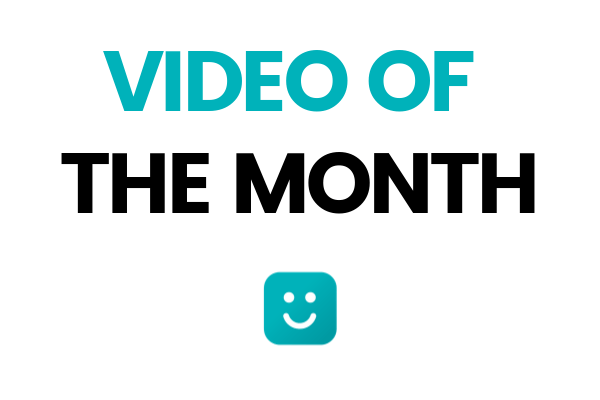