Five of My Favourite Reads From 2019 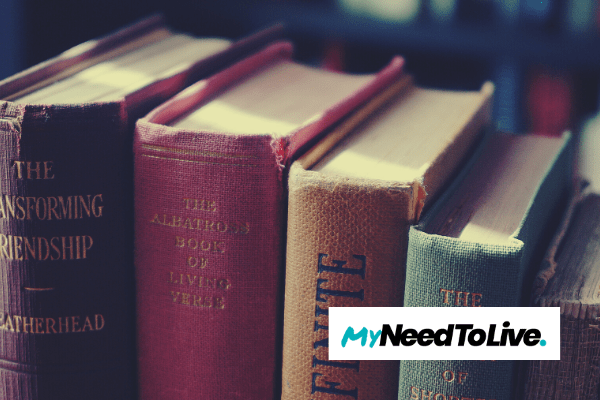 I got back into reading a few years ago, and I found that it’s been really effective in helping me with my anxiety. I find that if I’m in an endless anxiety spiral, picking up a book is actually super helpful. It means I have to focus on what I’m reading as opposed to what I’m thinking. Over the last couple of years I’ve been setting myself the goal to read a few more books than the previous year, so that I can expand the genres I choose and spend a lot more time relaxing. In 2019, I set myself the challenge of reading 10 books over the year. That may not seem a lot to some, but to me it was. For someone whose reading time is literally just 10 minutes before bed, it was definitely a challenge! Thankfully, I managed it, and I ended up discovering some fantastic reads. So I’ve put together my selection of my favourite books that I picked up in 2019. 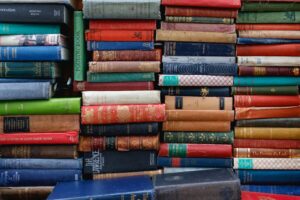 Side note: While some of these books were released in 2019, some weren’t. However, I’m still counting them in my list as they make up a large portion of my reading list for the year! 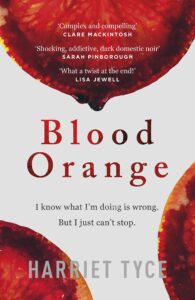 This was intense but so, so good. Blood Orange focuses on Alison, an up and coming lawyer who is about to defend her first murder. However, while her career appears to be thriving, her family life is anything but. She drinks too much, neglects her young daughter and is having an affair with a colleague. Alison’s determined to save the woman she’s defending for murder, but it becomes apparent that someone knows all about her secret affair, and they want her to pay.

Initially, this was quite slow to get into. However, after the first few chapters I couldn’t put it down. The ending was completely unexpected and I had no idea it was coming until the last few chapters, and even though Alison is quite unlikeable in places, towards the end you find yourself rooting for her. I would definitely recommend this if you love a good thriller. 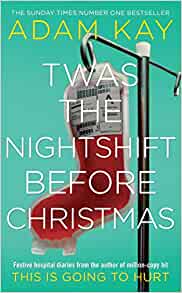 This was the fantastic sequel to Adam Kay’s This is Going to Hurt. If you haven’t read it already, first of all, where have you been?! Secondly, you need to read it. Like, now. To give you some context, Adam Kay is a writer and comedian, who previously worked as a junior doctor. This is Going to Hurt is the hilarious but heartbreaking memoir of when he worked on the frontline of the NHS. It’s full of stories that will have you laughing one minute and crying the next, all the while being in a continued state of awe at how amazing the NHS is. 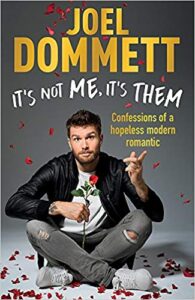 It’s Not Me, It’s Them: Confessions of a Hopeless Modern Romantic – Joel Dommett (2018)

I’m a big fan of books by comedians. I love reading an insight into their lives and their relationships as it gives a different perspective to the person that you see on stage. Joel Dommett’s memoir tells us all about his various relationships over the years, from his first girlfriend to the unfortunately infamous catfishing incident, along with everything in between, right up to meeting his now wife, Hannah.

It’s incredibly honest and laugh out loud funny in places. If you’re a fan of Joel’s stand-up I would 100% recommend. Whether or not you’ve followed his career pre or post I’m a Celeb… there’s plenty of hilarious stories that we can relate to one way or another! 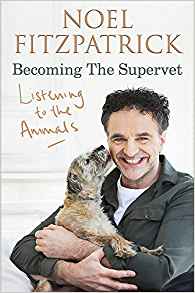 Listening to the Animals: Becoming the Supervet – Noel Fitzpatrick (2018)

Anyone who is a fan of Noel Fitzpatrick, or an avid animal lover, needs to read this book. It’s the most amazing memoir that tells us the story of how he began the journey of becoming a world-class orthopaedic and neurological veterinary surgeon. What’s most important is the message he puts across. If we all just took a moment to listen to the animals, the world would become a much better place.

If you regularly settle in to watch The Supervet, this book will give you that wonderfully warm and fuzzy feeling, reading about Noel’s love and respect for his parents, his adoration for his dog, Keira, and a handful of amusing stories from early on in his career. Of course, if you regularly watch The Supervet, you’ll be well aware of what a lovely person Noel Fitzpatrick is, and reading this will make you love him even more. 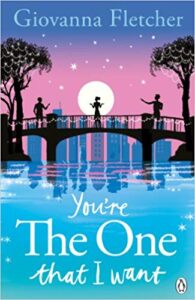 I read a few of Giovanna Fletcher’s books over the last couple of years and I’m also a fan of hers on Instagram, so I couldn’t wait to get stuck into this one. It’s a classic rom-com that tells the story of Maddy, torn between her two childhood best friends, Ben and Rob. Told through the perspectives of Maddy and Ben, it follows the three of them right through their childhood up to the present day, where Maddy and Rob are about to get married. It’s the classic will-they-won’t-they love story, and it keeps you guessing right up until the end.

I really enjoyed this – it had some very likeable characters, and I genuinely couldn’t predict the outcome at the end. It was incredibly light hearted and funny in places, and I often found it very difficult to put down! If you love a rom-com in book form, I would definitely recommend.

For 2020, I’ve upped my reading goal to 12 books. Whether or not I’ll manage it is a different story, but we’ll see. I’ve certainly got a big stack to be getting on with!

Adapted from the Six Reads in Six Months posts on Sassy Cat Lady – July 2019 and January 2020.