Everything You Need to Know About the Threats of Public WiFi 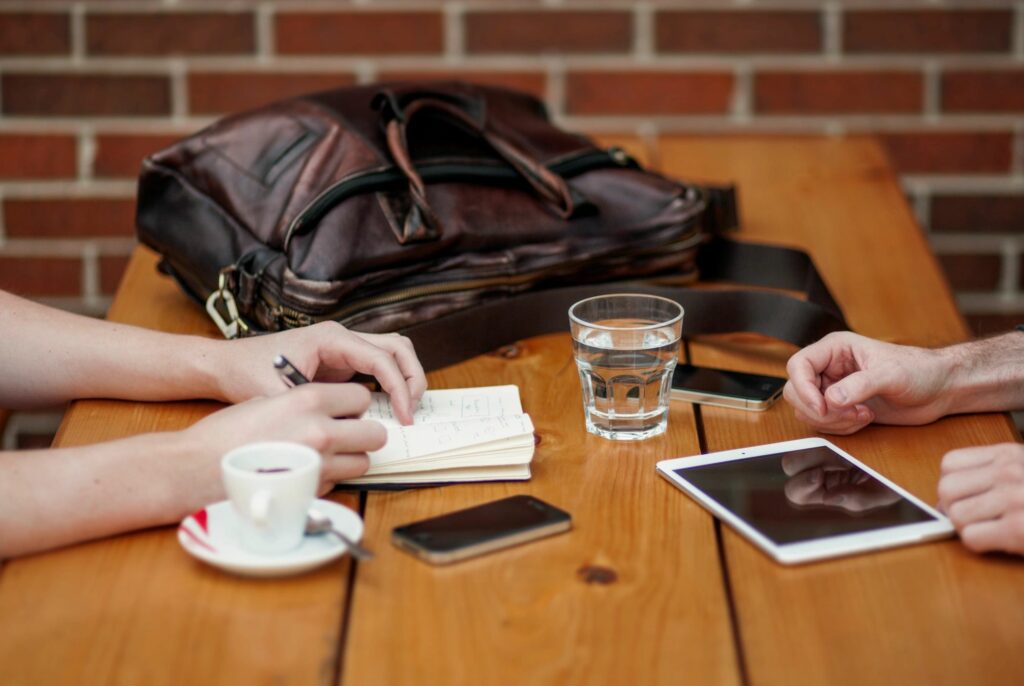 We are all guilty of using public WiFi. Be it at our favourite coffee shop or a free hotspot we stumble upon while travelling. We see free WiFi, and we think “Jackpot!” instead of considering the potential security threats.

But ignoring these threats doesn’t make them scarce. One doesn’t even need to be a professional hacker to take advantage of public WiFi vulnerabilities. Someone from the tech-savvy crowd can have bad intentions and take advantage of the WiFi network. Thus, it’s essential to know about these threats and the ways to protect yourself from them.

Some places have a couple of public WiFi networks available. One shares the name of the place (e.g., Coffee-Shop), another one is for guests (e.g., Coffee-Shop-GUEST). Or one is password-protected while the other one offers free access.

It seems innocent enough to connect to either of those networks. But there’s no guarantee one of them is not fake.

A hacker can set up a separate WiFi connection with the same or similar name to the place where people tend to connect to WiFi, e.g., a coffee shop or mall. That gives them the power to see the exchanges of everyone connected to the network.

Of course, if two public WiFi networks have similar names, it doesn’t mean a hacker runs one of them. But it’s better to be safe than sorry and look for a secure connection instead.

Fake or rogue WiFi hotspots share the same threats as evil twin attacks. But instead of mimicking some coffee shops or other places, they disguise as free public WiFi networks.

You encounter these networks everywhere. They go under the name Free WiFi, Free Access, or appear as random WiFi access points that are not password-protected. It may be a legit free connection offered by the city or some organization. But it can also be a network run by a hacker.

If you have ever had to set up a router at your home, you know it requires logging in and configuring WiFi settings. Some people analyze the settings, secure the WiFi connection, and change the router password along the way. But most people don’t.

They leave the WiFi security settings untouched and often don’t even try to change the router password. And that makes it easy for hackers to access the router. Then they can change the settings and overlook the internet traffic of those using the connection.

Another common threat when using public WiFi is man-in-the-middle attacks. They happen silently. You may not even realize something has happened. That’s because the attacker “stands” between you and the website you access.

You may request a particular web page and get one with altered information. It may lead you to a fake login or payment page to steal your login credentials or bank account details. The same way, it can change your conversation online — alter your messages before sending or mess with the info you receive instead.

When you connect to a public WiFi, you get connected to a network. The other devices of that network won’t be visible right away. But it only takes a piece of software for a hacker to oversee what’s happening in the network. The websites you visit, the information you type – it’s all available to the culprit.

Sure, there’s no harm done if you use public WiFi only to scroll through meme sites. But it can cause a lot of damage if you decide to buy something online or check your bank account balance.

Computer viruses are the most known threats online. But have you heard about computer worms?

A computer virus needs another program to spread from one device to another. Meanwhile, the worms can transport between devices on the same network without any help.

They damage the machine by multiplying and taking up extra memory or eating up the bandwidth. But more dangerous worms can also change files or lock some and demand a ransom.

One way to dodge these attacks is by avoiding public WiFi altogether. But let’s be honest, it’s difficult to deny yourself the convenience of a free hotspot.

Fortunately, there are other ways to fend off these threats.

Equip yourself with an antivirus to keep those pesky worms at bay. And use a trustworthy VPN service to encrypt your connection to the internet at all times.

A VPN is a service that leads you to the websites you want to access through a secure tunnel. It encrypts your traffic – no one can check what you upload and download. Stumbled upon an evil twin or a fake WiFi hotspot? The hackers behind them won’t be able to make sense of the information leaving (or coming to) your device. The same goes for the other threats on this list.

No matter what precautions you take, think twice before connecting to the first WiFi network you see. Avoid “Free WiFi” in the middle of nowhere. Found two identical WiFi networks? Go for the password-protected one rather than its FREE or GUEST copy.