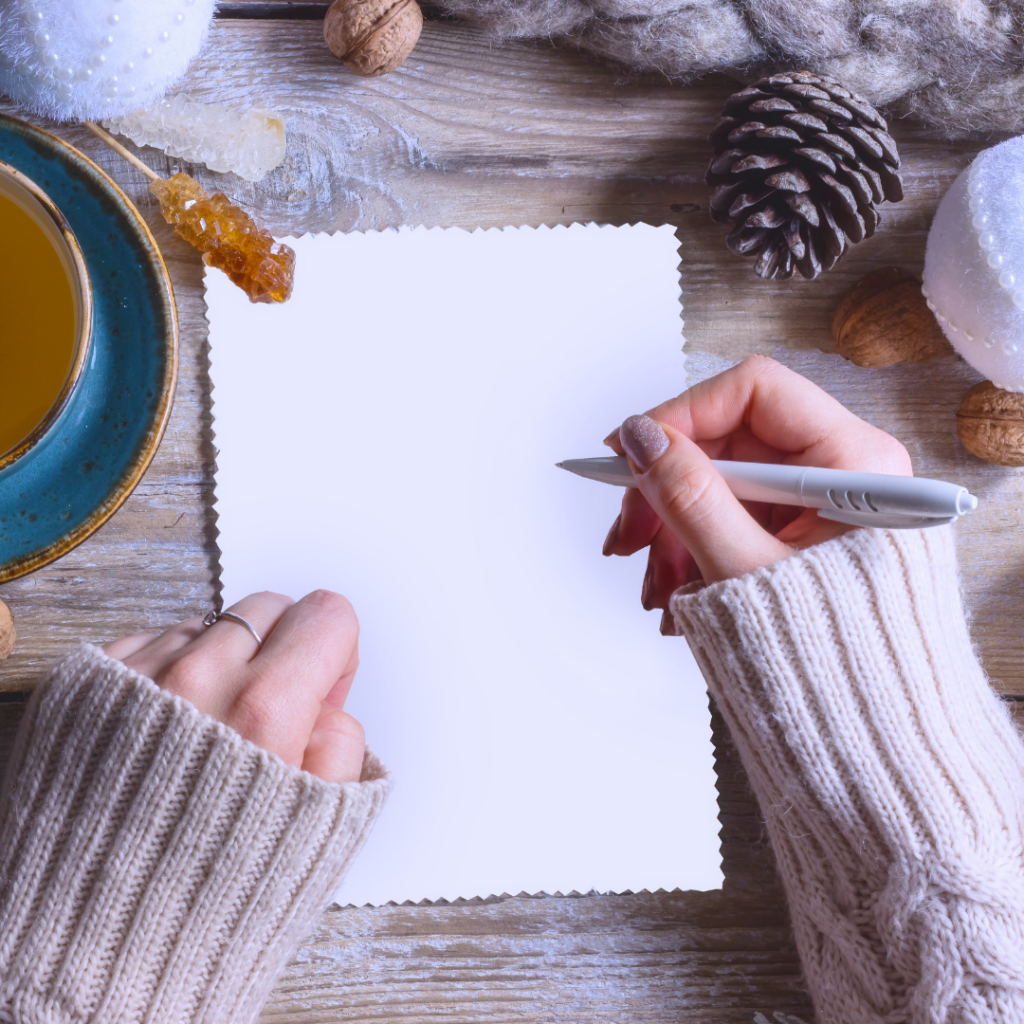 You probably don’t recognise me. I’m you, 13 years from now. Right now you’re madly in love with Dec (yes, from Ant and Dec), and obsessed with Scrubs and Frasier.”

*Please be advised this post contains some curse words*

When I first started writing, I spent a while looking for content ideas. One of the suggestions that came up on multiple occasions was to write a letter to your younger self. It was something I instantly vetoed. Mainly because I’ve never been one for self-reflection. Not only that, but I had no idea where to start. What age did I write to? Was I supposed to deter younger me from poor decisions or just prepare her for them? In the end, it became clear that for this sort of thing that there’s no right or wrong way to do it. No amount of planning, note-taking or mind-mapping was going to help. So, instead, I poured myself a large glass of wine (at least three if we’re being honest), I sat at my laptop, and I starting writing. This is what I came up with…

You probably don’t recognise me. I’m you, 13 years from now. Right now you’re madly in love with Dec (yes, from Ant and Dec), and obsessed with Scrubs and Frasier. Literally, your number one worry right now is whether your Mum will get rid of the Sky subscription meaning you won’t be able to watch it on Paramount Comedy (now Comedy Central) anymore. I mean, as 27 years old you, I long for the days when that was my only major worry. In all honesty, though, you’ll be fine. I’m here to tell you that no matter what shit happens in the next few years, you’ll be okay.

You’ll Feel Better About Your Appearance

Firstly, let’s start with the thing that gets to you the most – your appearance. I know right now you’re ridiculously unhappy with your teeth, but let me tell you, they won’t always look like they do now. In a few years, you’ll get your first brace, and you’ll be well on the way to a decent set of gnashers. It won’t be easy – you’ll feel guilty every time you drink Coke, and you won’t eat an apple normally for a good 5 years. You’ll even have to wear a bunch of gross elastic bands to correct your overbite. But don’t panic, it will be worth it. Honestly.

As for your glasses, don’t fret. Yes, you’re short-sighted AF, but in 6 years time, you’ll start a job in opticians, and over time, you’ll learn how to pick a frame that suits your tiny face and your massive prescription. You’ll learn how to use contact lenses, and you’ll wonder why you’ve been so scared of them all these years. Not only that, you will meet some of the most amazing people. But more on that later.

Currently, the friendship situation is probably a little difficult. But that’s okay. I’m not going to lie, things won’t exactly be easy in the next 13 years either, but trust me, you’ll be fine. Certain friendships will fizzle out, but others will stay strong, even after long periods of time apart. You’ll even make some new ones. Honestly. One person, in particular, will become your absolute best friend – she will make you laugh, she will take care of you when you’re feeling down, and no topic will ever be off-limits.

You WILL Get a Boyfriend

Another thing that will be on your mind a lot over the next few years will be boyfriends. A couple of your friends at the moment will be in their first relationships, while you’re still sat in your room alone listening to emo love songs and wishing you had someone who was attracted to you. But trust me, give it a few years, and you’ll be ridiculously happy. After a little meddling from your mates, someone who’s been a part of your friendship group for years and years will become your boyfriend. Not only that, but you will end moving in with him, getting engaged, getting a cat with him, and marrying him.

Unfortunately, I can’t say things will improve on the emetophobia front. In fact, it will develop into something a little more difficult. I don’t want to give any spoilers – you worry enough as it is. However, if I had to give you any advice, I’d say this: take the drugs. Take the drugs as soon as they’re offered to you, and start your recovery nice and early. Oh, and keep going back. Don’t get fobbed off.

Your Career Probably Won’t Go the Way You Want

Let’s talk about the job thing. At the moment, you probably will have given up your dream of becoming a vet because you’re struggling in science and you’re crap at maths. I won’t yell at you for that, but I’ll give you a little pre-warning. Your mind will torture you for it. For the next few years, you’ll be fighting a constant battle with yourself over it. There’ll be a good few years where you’ll have no idea what you want to do with your life. It will get you down so much that you will genuinely hate yourself for it. But rest assured, you’ll still go to university, and the job you do get will set you up for meeting some of your best friends. You may not believe it now, but the good times you’ll have with them will be better than any high powered job.

I’d love to tell you that 13 years from now, I’m working as a vet at the top of my field. Unfortunately, I’m not. However, I’m happily married, I’m Mama to the most beautiful and funny little cat, and I have some amazing friends. So realistically, you’re doing pretty well.

Before I go, a few more tips. Just a few things that I’ve picked up along the way.

Just remember, no matter what anyone says or does to you over the next few years, you are pretty damn awesome. Don’t let the assholes bring you down.